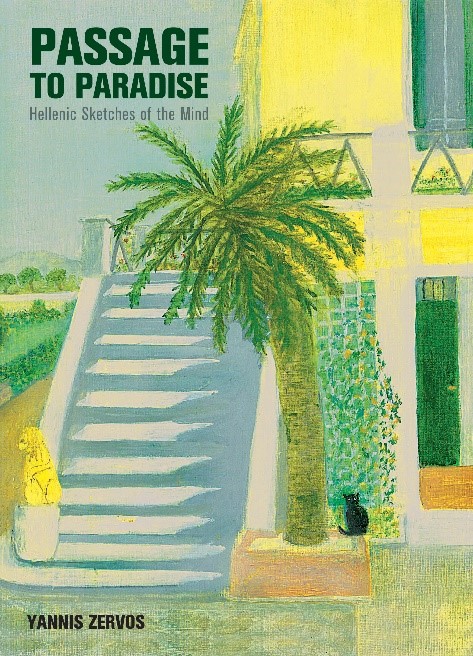 In 1951 Yannis Zervos arrives back to Greece, a country devasted by occupation and civil war. It is a start of an awareness of Greece and things Greek. It is a journey that takes him back to England where his family had fled during the civil war, to America where his travels included New York, Chicago, South Dakota, California, Florida and the deep South. It was Boston, Philadelphia, Princeton N.J. Washington DC, Portland and Wisconsin. He continues to Bombay and Goa, Thailand, Cairo, Edinburgh, Glasgow, Madrid, Antwerp, Brussels, Paris, Romania, Riga and Latvia, Zurich with forays through Yugoslavia, getting lost on horseback In the Sahara, to Helsinki, Austria, Lisbon, Copenhagen and the Greek islands.

It was schooling on the island of Spetses, finding his roots on Hydra and discovering the island of Kea. It was uncovering Cretan hospitality In Zorbas’ footsteps, doing cultural events in Aegina and Athens,

theatre productions in ancient Greek theatre sites, a production of Antigone on the North Macedonian-Greek border. It is Mykonos, Rhodes, Chios, Astipalea,

Venetian Corfu, Delphi, Evritania and its mountain villages, the Pauline city of Thessaloniki and Limni in Evia. It was Santorini, Kythira, Venetian Nafplion, Epidaurus, the Argolid and Athens. This is a story of people as well as places. It was the people that made the places. The people that changed the journey into knowledge, compassion and wonderment. It was a journey that began and ended in Paradissos, a family home that brought serenity to a rush of ideas, discoveries and events.